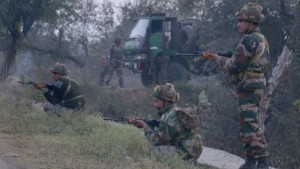 The terrorist attack on Pathankot airbase despite early intelligence warning (a five-day lead as per some reports) has once again revealed gaps in our internal security grid. It has also been reported that the thermal imagery system between two posts at the border had broken down in July 2015. This had enabled an infiltration by the Lashkar-e-Taiba and the Gurdaspur attack. In the present case, well-armed terrorists had a free run to Pathankot. More than that, they seem to have a fair knowledge of the layout of the airbase.

A new pattern is discernible in recent attacks. Terrorists are being sent in to Punjab to see if the state has become soft and penetrable. In the bargain, there is not even a pretence that this is about Kashmir anymore. It is about India, make no mistake.

Reports clearly point out that Pakistan has spread its intelligence agents all over the country. India is an easy country to move around, settle, acquire identity and vocation and they have assessed that it is easy to carry on with their assignments. For every terrorist cell located, for every intelligence agent picked up, there must be 10 others not found. The nexus between heroin and drug smugglers, terrorists, local police, money launderers and politicians is weakening the system.

The war of perceptions

Why do we have to say war is not an option even as they send terrorists across or flash their nuclear arsenal at us? They have opened a second simultaneous front against India in Afghanistan. We should do likewise. We should not forget we have a war on our hands. It may be proxy war, or whatever else we may choose to call it, but it is war by stealth launched by an army which has a Ghazwa-e-Hind (the final battle for India) mindset. It is not a war just with guns and bullets but a war of perceptions as well. We have to win both. The enemy has to win just one

They know that India will only do so much (when Mumbai 2008 happened we did not even recall our High Commissioner, nor call off talks) and US will only say so much, usually some anodyne, limp and preachy statement as they have done again on Monday. Pakistan can happily live with this arrangement.

A country can afford to be magnanimous when it is the stronger but some countries do not do that. The United States never forgave Cuba or Iran and it has taken decades for the US to try reconciliation. At this juncture, in Pakistan’s ruling circles, any conciliatory move by India is seen as appeasement. No self-respecting country, in their view, indulges in this kind of come-and-hit-me-again pleading.

Why show the photo of a grieving widow on our front pages? This is exactly what Pakistan wants to see and celebrate – a grieving helpless nation. Why not show a commando in action? Similarly, this universal desire to rush to interview families, widows and parents of the dead remains inexplicable. We would honour the dead better by letting the families grieve in privacy.

We invite their so-called experts on our prime time television shows, probably pay them handsomely and thus give them lucrative airtime to bad-mouth us and produce all sorts of alibis. A fine example of self-flagellation. Do we seriously expect them to join us in condemning these attacks?

Our editorials the next morning are very erudite and dispassionate as they advocate the big picture of continuing talks with terrorists. It is perhaps easy to be dispassionate when we do not quite know how it is to sit alone crouched behind a bush on a dark cold winter’s night waiting for the unseen terrorist. At least for the present we could have spared a thought for those young men who died for us and put some fire and anger in our editorials.

Apart from the editorials, take the reportage in the press: On January 4, the Times of India referred to the terrorists as fidayeen five times in one report. Have the reporters not been told that terrorists on suicide missions use this term to glorify themselves in the name of Allah while on suicide missions? Why do we want to give them this honour when they are brutal murderers? So is the expression mujahedeen. Let’s get it right: They are all terrorists, bar none.

The Indian Express report freely cites a senior officer’s comments and those of a military officer. Is there no gag order? There is an imaginative report of how the Research and Analysis Wing or R&AW was able to identify five terrorists. How does the reporter know this? Has some one told him? Has he seen the report? Is it necessary to disclose this? Would it not be better to keep the opposition guessing? It is also described how the terrorists, after entering India, changed into military fatigues. Where and when did they do this? Who saw them? Or is this deduction? Did they really use this route that evening or had they slipped in even earlier? Who escorted them? It should be easy to confirm.

One hears that government would now be conducting an enquiry into this episode to determine how we suffered fatalities and how the terrorists penetrated thus far despite some early warnings. Depending on the source of intelligence, the timing of the report and its accuracy, it can be said that had this intelligence not been received and some measures taken, the attack on the Pathankot Airbase would have been a major disaster. It must also be said that the airbase is huge and it takes time to clear such an area. Having said that, it is important to address our shortcomings.

Our first line of defence at the border had some gaps and weaknesses. The opposition knew about this and, quite possibly, there was complicity as well. The local police should be the first point of call for any such terrorist incident after the border crossing. It should be a well-equipped mobile force which is familiar with its area of operation and able to reach the spot before specialised reinforcements arrive. In India, local police deployments are numerically low (one of the lowest globally as a ratio to population), they are thus thinly spread out. What makes it worse is that the quality of training, equipment and morale are equally low. Over time, police and counter-terror policies have been politicised. For decades now there have been commissions that have urged police reforms. These have been promised but never delivered. Prakash Singh, former chief of the Uttar Pradesh Police and Border Security Force, went to the extent of seeking legal redress for this, but nothing has happened so far.

Terrorists and their mentors use each terror attack also as a probing mission to test defences, reactions and about lessons learnt for the future. The adversary hopes to learn more about abilities not just of the security forces but the administration, politicians and media. There are thus two important issues in such situations. One is the functioning of the command and control of the state. The state must be seen to react with speed and efficiency, to be in charge all the time and on top of the situation. The citizen and the forces want to see that there is no panic or confusion. In the past there used to be meetings of the Cabinet Committee on Security, although this did not guarantee that the image portrayed was that of a state in charge. Secondly, terrain knowledge and target familiarity enables quick and appropriate action. The National Security Guard or the NSG is a fine force but it is unfair to push it into this kind of a situation unless it has performed dry runs. Perhaps Army commandos could have been used.

It is going to be same old story again, I fear. We have had 30 years to put our counter terror practices in position and for a while we succeeded in Punjab, but the last two decades have pushed all these measures away. In the end, it seems like we have been here before as we wait for the next terror attack.

(The writer is a former head of RAW)

Courtesy: ORF-  Terror from across the border: Why isn’t war an option?