The savage terror attack at a hotel in Kabul has elicited strong outrage from India, one of major development partners of Afghanistan.In a sharply-worded statement, India has strongly condemned the attack and voiced grave concern at the spread of terror by the “internationally proscribed Haqqani Network” that is enjoying safe haven in the neighbourhood without naming Pakistan, which has called for greater cooperation in combatting terror.
It was 14 hours of terror that kept Afghan security forces and Norwegian troops engaged in a fierce encounter with gunmen who attacked the Intercontinental Hotel in Kabul on January 21. With Taliban claiming responsibility, this is a major attack against the international community after the March 2014 similar attack on another hotel in Kabul that left 9 people dead.Among the 18 people reported to have been killed, 14 were foreigners including 2 Venezuelan pilots of the privately owned airline KamAir, six Ukrainians and one Kazakh national. 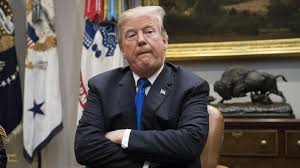 After months of threats and warnings to Pakistan for failing to act against terror groups like the Afghan Taliban and the Haqqani Network, the US administration has finally acted and suspended around USD 1.15 billion security assistance to its long-time ally. This follows President Donald Trump’s tweet on the New Year to hold up $255 million in foreign military aid to Islamabad.The suspension of US aid to Pakistan is a vindication of the long-standing stance of India, which has repeatedly argued that the US aid has been diverted by Pakistan to support and nurture terrorism in the region.
“Today we can confirm that we are suspending national security assistance only, to Pakistan at this time until the Pakistani government takes decisive action against groups, including the Afghan Taliban and the Haqqani Network. We consider them to be destabilising the region and also targeting US personnel. The US will suspend that kind of security assistance to Pakistan,” State Department Spokesperson Heather Nauert told reporters.

Much has been written about Tehrik-e-Taliban Pakistan (TTP), which is accused of the savage attack on the Peshawar school children on December 16, 2014. But only a few of the …