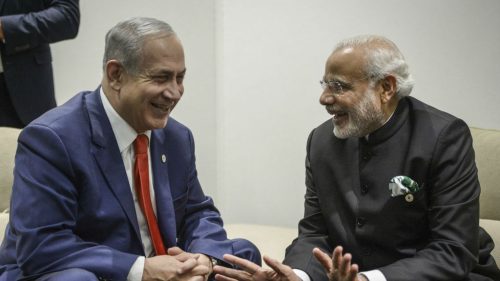 JERUSLAEM/TEL AVIV: In a transformational moment for India-Israel relations, Jerusalem has launched an all-out charm-offensive to roll out the red carpet for Prime Minister Narendra Modi, the first-Indian leader to visit the Jewish nation.

In resonant gestures that will underscore the unique and special character of the expanding India-Israel relations, Israeli Prime Minister Benjamin Netanyahu will not only personally receive the Indian leader at the Ben Gurion Airport in Tel Aviv, but will also accompany him to nearly all the events and functions connected to the prime ministerial visit.

In political and strategic circles in Jerusalem and Tel Aviv, one can listen in positive vibes and buzz about PM Modi’s visit to Israel, which is hailed here as historic and transformative, indicating a “pivot towards India.” “We are very excited to welcome PM Modi. He is a good friend of Israel and the Jewish people,” said Mark Sofer, deputy director general of the Asia and Pacific division of the foreign ministry and a former ambassador to India. 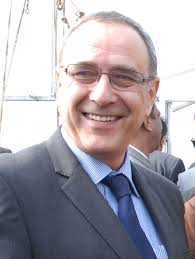 The July 4 to 6 visit by PM Modi, coming as it does after 25 years of the establishment of diplomatic ties, will have huge symbolic significance. “Yes, it is crucial that this visit is taking place,” Sofer said. “There will be concrete ramifications of this visit.” He said his ministry has put “enormous emphasis” on this visit and will be leveraging digital diplomacy to project PM Modi’s engagements in Jerusalem and Tel Aviv via myriad social platforms.

Raising the bar for India-Israel relations, Mr Sofer underlined that “expectations of both sides will come to fruition.” “The major outcomes will be in fields of agriculture and water, which are crucial for the future of the relationship,” he said.

Strategic partnership, with a difference

Prime Minister Modi’s visit marks a high moment in the ongoing celebrations to mark 25 years of the formal establishment of India-Israel relations. Over the last quarter century, India-Israel relations have expanded incrementally across sectors, with special focus on defence and counter-terror cooperation. Israel has emerged as India’s third largest source of defence equipment, accounting for nearly $2 billion sales a year, making New Delhi the largest buyer of defence equipment. But despite steadily expanding defence relations, India has been ambivalent about upgrading the relationship to the level of strategic partnership due to lingering concerns about alienating the Arab world.

Senior Israeli officials, however, stressed that India and Israel already have a multi-dimensional strategic partnership, albeit not in a conventional sense. “Strategic partnership has many aspects. Food security is a crucial part of it…This visit will be predicated on the issues on which we can cooperate which can bring mutual benefits to both sides,” replied Mr Sofer, when asked by India Writes Network (www.indiawrites.org) when asked whether one can expect the elevation of India-Israel relations to the level of strategic partnership.

Mr Sofer underscored that both countries have identified agriculture and water management as a crucial area of the future of the bilateral relationship and a joint strategic partnership will be set up in this regard. Innovation and space cooperation will be other crucial areas of cooperation that will encompass and characterise India-Israel relationship.

Looking ahead, the overarching focus will be on diversifying and widening the scope of canvas of India-Israel relationship, which has remained heavily defence and security-centric. The two countries are now looking to galvanise their economic relationship, which has remained way below the potential. This focus on emerging business synergy will be crystallized in the setting of an India-Israel CEOs Forum on July 6, where PM Modi is expected to interact over lunch with top Israeli and Indian corporate leaders.

There will be concrete deliverables and substantive outcomes after talks between PM Modi and his Israeli counterpart Benjamin Netanyahu in Jerusalem on July 5. Many key agreements in areas of agriculture, defence and space are expected to be signed, said informed sources.

Out of closet: De-hypenating Ties 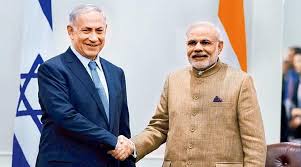 But what will mark out Mr Modi’s visit is the formal end of ambiguity and ambivalence about India-Israel relations, which had been deliberately kept discreet due to New Delhi’s apprehensions about offending and alienating the Arab world. This delicate balancing act between India’s blossoming relations with Israel and unstinting commitment to the Palestinian cause, which had marked India’s foreign policy posture, still continues, but PM Modi’s visit marks a departure in so far as he has made it clear that Israel is high on India’s diplomatic canvas and will continue to be so. This explains why PM Modi is coming to Israel on a standalone visit, and is not combining it with a visit to Palestine or other Arab nations, as has been the practice with visiting Indian dignitaries. Significantly, Mr Modi hosted Palestinian President Mahmoud Abbas in New Delhi weeks before his visit to Israel, which underlined that India will continue the balancing act, but with an Israel-plus focus. Israel’s ambassador to India Daniel Carmon encapsulated this shift aptly. “There is no-cover up. India has de-hypenated relationship with Israel from other relationships,” said Mr Carmon.

The Israeli envoy outlined different strands of Delhi-Jerusalem relationship, saying PM Modi’s visit to Israel would represent a new kind of diplomacy which combines economic diplomacy, developmental diplomacy and digital diplomacy. With such a widening arc of convergence, India-Israel relations are set to be pitchforked onto a higher trajectory in the next 25 years.

(Manish Chand is Editor-in-Chief of India and World, a pioneering magazine focused on international affairs, and www.indiawrites.org, a portal focused on mapping India’s global engagements. He is in Jerusalem to report and analyse India’s Prime Minister Narendra Modi’s visit tom Israel. Follow him on twitter@scepticcryptic)