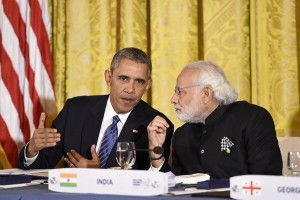 As India and the US seek to deepen bilateral cooperation,  former deputy secretary of state William J Burns has said that close India-US ties is crucial for shaping global order. Emphasising that the foundations of the global order seem increasingly unsteady, Mr Burns said that the intensity of upheavals in West Asia, Europe’s ongoing crisis, and great power competition in the Asia-Pacific, is matched only by the transformational forces rocking the global economy, climate, cyberspace, and other transnational domains.

With a focus on playing a more proactive role on major global issues, Mr Burns said that the principal strategic task for the US and its partners is to channel these forces and help shape international circumstances before other forces and events shape them for us. This should be one of the major purpose of the strategic partnership between India and the US, he added.

Appreciating India’s rise, Mr Burns stressed that it is as significant a feature of today’s international landscape as any other. He also said the same is the case as far as its partnership with the US is concerned.   Mr Burns said that partnership between two countries for the first time in history has a deep stake in each other’s success.

Speaking about the future of the partnership between both countries in shaping global order, Mr Burns said: “The prerequisite to taking this leap is India’s economic revitalisation. Washington can contribute toward this by providing capital, technology, and expertise, but what New Delhi does for itself will matter far more in comparison.”  Emphasising on ambitious bilateral goals, Mr Burns said that whether it is reaching $500 billion annual trade or working towards a free trade agreement, or fully integrating India into the broader Asian economic architecture are necessary, but these alone will not be sufficient.