An internationally acclaimed photographer, whose black and white images occupy pride of place in elite galleries in the UK, Michael Katakis was on a whirlwind tour in India early this August. But it was his responsibility as the literary manager of American writer Ernest Hemingway’s estate that brought him on his first ever visit to India, which is like a “book that cannot be finished and that is terribly exciting”. He was here to discuss the future of Hemingway e-books and the steps being taken by the Nobel Laureate’s publishers Simon & Schuster to develop the market here. Hemingway’s books, Katakis is confident, will continue to enthrall generations because he “wrote about the human condition”.

Born in the US, Katakis and his anthropologist wife, Dr Kris Hardin, who died of brain tumour recently, left the US because they didn’t agree with the capitalistic style of governance. But giving up one’s homeland has not been an easy decision. In a forthcoming book, A Thousand Shards of Glass, Katakis explains through a series of essays how the US has failed him and its other citizens. Writing is his first love and it is because of books that he took to travelling, making his way to countries like China, West Africa, Cuba, Hungary, Italy and a host of others in his 35 years as a traveller.

In an email interview with Meenakshi Kumar for India Writes (www.indiawrites.org), he talks about his first-ever visit to India, the everlasting appeal of Ernest Hemingway, the magic of black and white photographs, the pain of leaving one’s homeland and his enduring love for books and writing.

(Excerpts from the interview)

Q) You have travelled extensively across the world, documenting people, events and cultures through your photographs. What is it that drives you to discover new places even after 35 years?

A) Ernest Hemingway once wrote that every time he looked at words it was as if he was seeing them for the first time. Whenever I am about to go on another journey, it is the same for me. It is as if I am going on my first travel and the idea of walking on to a ship or plane or train excites me for a number of reasons. First, because the journey itself from one place to another holds mysteries and chance meetings. Simply put, the beginning of a journey holds serendipity. In that space between two destinations, remarkable things can happen and have happened to me, a chance meeting between strangers that evolves into a friendship that has lasted for years or the introduction that was made for me with a dying child in Sierra Leone and forever changed my view about things I once held as absolute. It is all so remarkable. Second, I am going to a place and a people that I do not know and yet, I am eager to learn about. For me it has always been exciting to learn but, as a traveller, to learn about people’s lives one has to retain an open mind and engage in more listening and less talking. I have always let a place and people reveal themselves to me rather than me having predisposed views before arrival. I am always young again as I prepare for a new journey because I know that when I return I will not be the same person I was prior to leaving.

Q) You took a long time to make your first trip to India. How did your first-ever India visit go? What are the impressions that you will be carrying back with you?

A)Yes, this was my first trip to India and I regret that it took so long, and that my late wife, the anthropologist Dr Kris Hardin was not with me for I know she would have been as fascinated by India as I am. India is a complicated society and anyone who thinks that they can quickly travel there and understand even a few of the layers from that diverse and deep culture, I think, is being unrealistic. As I travelled through India some things have revealed themselves. Firstly, if one wants to begin to understand India, then they have to travel by train. As the landscapes show themselves outside the compartment windows, the conversations that I have had with my fellow passengers begin to tell me the stories of not only these individuals’ lives but the story of India as well, for like all places, India is more than geography. It is its people. The complication of the society is evident to an engaged traveller rather quickly but only on a superficial level at first. There are 5,000 castes and communities. There are the 22 official languages and 400 different dialects. There are 30 million gods. All this informs quickly that one needs to pay attention, listen and engage if one hopes to understand or begin to understand India. During my travels I came to realise that India is a book that cannot be finished and that is terribly exciting.

What I take away from my travels in India are the conversations and impressions of its people. They were kind and courteous and of good humour. I met so many people from varied strata of society and in their eyes, I recognised something familiar and that was a hunger for the world. I felt quite at home.

A) The camera is intrusive and is more so depending on who is holding it. The secret of taking revealing documentary photographs is to keep the camera away, observe the life composing itself around you and then anticipating the moment. If the camera comes out then what you are is part of the dance rather than a thief taking something from someone’s life. It is a mentality and how someone sees the world that often determines the quality of the image found rather than taken.

Q) I believe you shoot in black and white only. Why?

Q) You have been managing the literary estate of Ernest Hemingway for 14 years. Has there been a change in the level of interest among readers? Do you think the younger generation finds it tough to connect with his books? Are you looking at ways to make his books more accessible to the younger generation by using new technology?

A) Ernest Hemingway’s works continue to sell more and more each year. His appeal is cross-generational and cross cultural, and it is my opinion that this is so because Hemingway writes about the human condition in regard to those things that we all can recognise. Love lost and found, the taste of a cold drink on a very hot day. The brutality and futility of war. He wrote about the world and the world recognises this, I think.

Q) How did your interaction with his publishers in India go? Is there a future for his e-books here?

Q) Tell us something about your forthcoming book, which one hears is a critique of the US. What made you write it?

A) My forthcoming book is titled A Thousand Shards of Glass. It is a book of essays, a polemic about my country the United States and, sadly it is highly critical of the country and the people based upon my personal experiences. It is a very personal polemic. I thought I was writing to my fellow Americans but I have come to understand that what I was doing was actually writing a cautionary tale to those who idealise an America that has never been. I also contend that America’s best days could lie ahead but only if we can be torn from the myth we have about ourselves.

Q) Why did you choose to leave the US and settle in Paris? Is it so simple to give up one’s homeland?

A) It is profoundly difficult to leave one’s country and those that you love in protest to what you believe your country has done and continues to do. This is the second time I left. First was with my wife when George W. Bush began a war with Iraq saying that Iraq was involved in September 11 but never offering proof. My wife and I were not wealthy; so leaving was a hardship but finally all we had left to protest was our defiance so we left. We returned to help my wife’s mother when her father died and then Kris became very ill with a brain tumor and we were trapped within a savage and brutal US medical business that robbed us of the time Kris and I had left. I write about this in my new book in the essay ‘Dying the American Way’.

Q) What does the process of writing mean to you? Is it something that comes naturally to you?

A) I find the act of writing essential to my life. I am a writer who happens to take pictures. I also find writing a very difficult process. I suppose if you care deeply about something to take great care with it and for me, I care deeply for words and I have respect for them, a great deal of respect.

Q)  Do you see yourself returning to India?

A) A very big yes. I will return to India. There is much to learn.

(Meenakshi Kumar is a Delhi-based freelance writer, with special interest in books, culture and women’s issues) 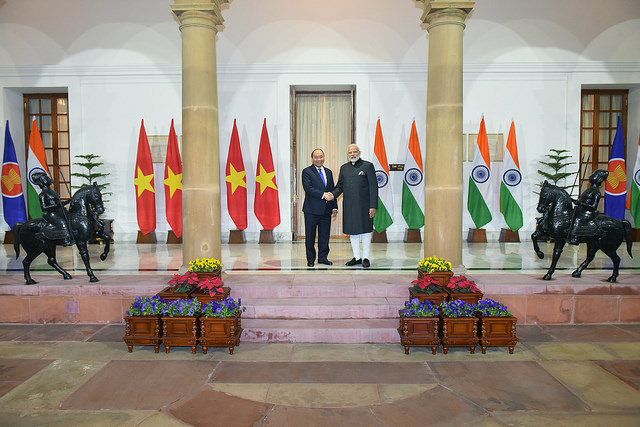 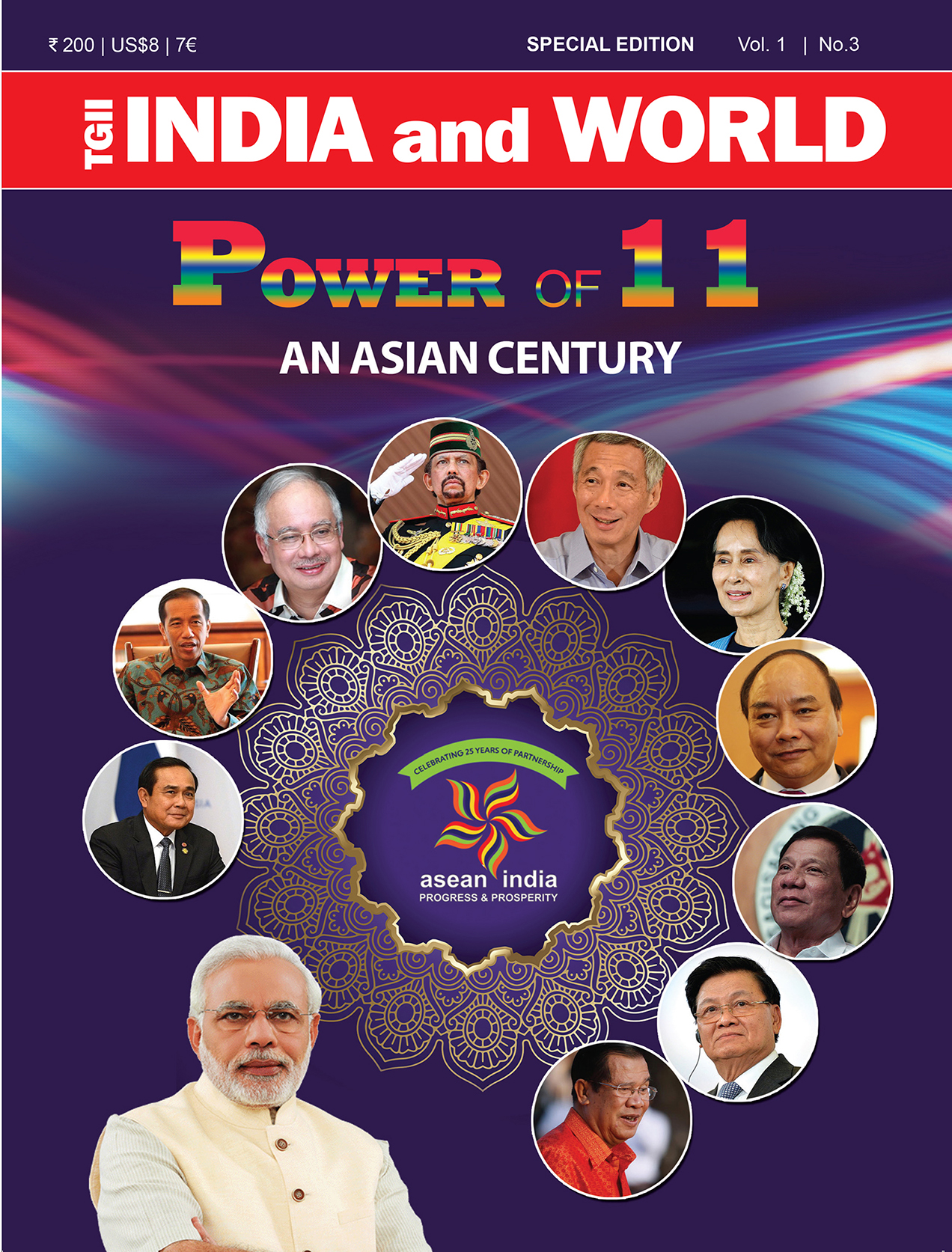 It’s time for India to play a bigger role in ASEAN : Indonesia envoy 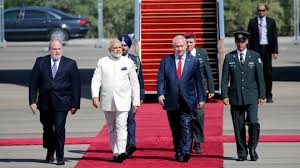 View all posts by Meenakshi Kumar →